Performing in New York’s St.Patrick’s Day Parade was only the beginning of my high school marching band adventure. One year ago today was my senior year band trip to New York. Not only did I march in the St.Patrick’s Day parade, but I also performed at Carnegie Hall. It was an unforgettable experience that changed my life. With the coronavirus now forcing the 2020 parade to be canceled and it is the one year anniversary of my trip, I wanted to share my photos and my experience.

As someone who grew up in a small town in the Midwest, I never thought that I would have this kind of opportunity, and I am so grateful that I was able to do it. The fact that we spent so many hours practicing and memorizing the music and it paid off made me so thankful to be with such a hardworking team. I’m also really glad that I got to experience this trip with my sister, who was also in the band, and all of my friends.

The Trip Started With A Bang

It all started after our long trip from Los Angeles to Newark. On day 1 of the trip, we had to be at the school at 3:30 am, so we were all pretty tired; it was pretty funny how delusional and sleep-deprived we all were. We headed to the airport, had a long flight, and finally arrived in Newark. I was beyond exhausted, and it had been about 16 hours of travel.

About 30 minutes after checking into the hotel room with my 2 roommates, I literally collapsed on the bed, only to bounce off the bed onto the floor. In their efforts to help me back onto the bed, I hit my head on the corner of the headboard so hard that the rooms all down the hall heard it. I won’t go into detail, because I don’t want it to overshadow all of the good stuff. We confirmed I had a concussion that wasn’t diagnosed until after the trip and we were back home. My mom, Zanne of WhereGalsWander, has a lot to say about this.

The next day, we all woke up and started heading towards New York City for the first time. It’s a surreal moment seeing the faint outline of the Statue of Liberty with the bus driver playing New York-themed music in the background to get us all excited. The theme of our marching band show earlier that year was “New York Cityscapes,” so this whole trip had such meaning for the band, especially since we were invited to march in the New York City St. Patrick’s Day parade.

Our first thing on our itinerary was to go to Liberty Island and Ellis Island. The colder breeze and the smell of the salty Atlantic Ocean really made things real. We boarded a very shaky boat and headed to the Statue of Liberty. First, we all took a group photo and then we had about half an hour to ourselves. My friends and I decided to go to the base of the statue and although there were a lot of stairs, the view was absolutely worth it.

We were then told to board the boat to Ellis Island and take the 10:40 AM boat. My sister, myself and two other students boarded the boat at 10:40- like we were supposed to. We didn’t see anyone else, so we climbed up to the top deck to see if they were there. The boat began to leave. Of course, now we could see the rest of the band and all of the chaperones still on the dock as we were pulling away. We figured it was fine . We would meet up with them if they took the next ferry and we would just wait. But that didn’t happen.

Then, on the boat, we get a notification saying we are behind schedule and we don’t have time for Ellis Island. So we ended up stranded on Ellis Island, just us 4 students on our own without chaperones. It was actually really awesome. There was a really good view of New York and it’s cool that we got to experience something that no one else got to. Finally, a chaperone arrived. While we’re waiting for a boat back to Jersey City, he shows us around Ellis Island and we even got to see some of the museums. Then the boat back to the mainland finally arrived. We got back to the bus half an hour after everyone else, and we were greeted with applause and victory music.

The biggest moment of that trip was the day we got to march in the parade. I actually almost sat out of the parade due to how much pain I was in. The fact that at this point, I could barely walk. Nevertheless, I made a last-minute call to perform anyway. I was not going to miss out on that once-in-a-lifetime opportunity.

When we marched around that corner and I saw the thousands of faces cheering us on, all that pain went away and the adrenaline kicked in. The experience was amazing, and just seeing all those people cheering us on kept me going. I winked at every camera filming us as we marched. I don’t even remember all of the details, all I remember is marching and the thrill of being there. It was awesome, I played loudly and strong the entire time, performing at my best. That actually ended up being the best parade performance personally in my high school career!

My other most memorable moment will be performing in Carnegie Hall. At this point, my head was hurting so badly and I was very out of it, so I wasn’t even sure if I could perform. However, I wasn’t going to give up on myself after coming this far. The beauty of the stage and the resonance from our sound fueled me to ignore the pain and perform my heart out.

On top of our band-related activities, we went to the One World Observatory, and enjoy breathtaking views of the city. I paid tribute to the 9/11 victims at the memorial and the museum. One of my favorite moments was seeing Aladdin on Broadway which was so amazing. We also toured St. Patrick’s Cathedral, Central Park, and Rockefeller Center. We also went on a nighttime party cruise down the Hudson River to celebrate our achievements.

One year later, I am still grateful for being able to experience what I did. I achieved two honors that most musicians dream about: marching in the New York St. Patrick’s Day Parade and performing at Carnegie Hall, and I did them both at age 17. Even though I was being severely injured for basically the entire trip, I still tried to make the most of what I could. I learned to live in the moment and enjoy every opportunity. I hope I can go back someday and make amazing memories again.

Katie Baugher survived her long marching band high school career and the wrath of her mom Zanne. She continues to compose her own music, sells her candle line Genuine by Kaitlyn and attends college full-time. She is a regular contributor to our WhereGalsWander Instagram with her keen eye for photography. You can also see her personal collection of photos at @katie_baugher on Insta.

Unexpected Winter in the Southwest

Unexpected Winter in the Southwest 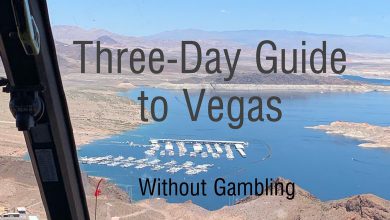 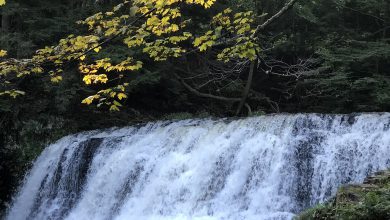 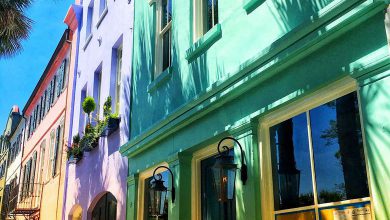 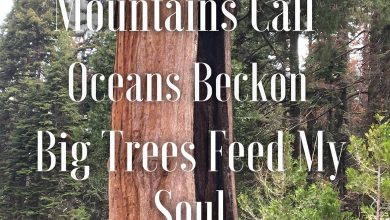